All Stories Are Not the Same 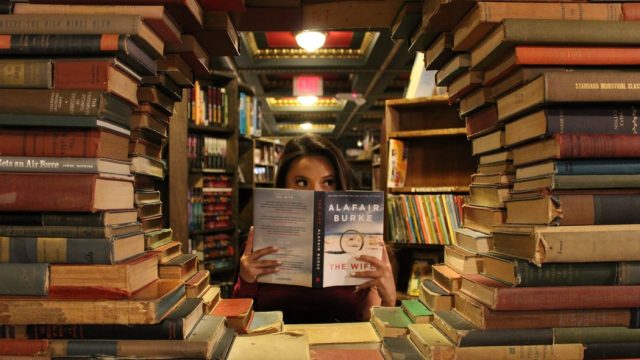 You hear it in most foundational storytelling classes, dozens of bestselling writer’s instruction manuals, and in countless online videos and opinion pieces.

“All stories are basically the same one story.”

Or three stories. Or ten. Or whatever number the author of the piece makes up. Regardless, the incalculable cultural wealth of five thousand years of written human history, spanning tens of thousands of distinct societies, can supposedly be summarized by a small number of basic plot outlines. Had we not all been taught this idea in school, we would laugh at it.

I think most people who advocate this approach to storytelling mean well. When I was a beginner, the vagaries and subjectivity of the storytelling art form were pretty intimidating. An assurance that no really, it’s all very simple, we can quantify it, we can pin down all the rules, helped to ease my fears. This is the appeal of the idea that there’s only one basic story to many storytellers who write by it. And to be fair, Joseph Campbell’s original work, which popularized the idea that there’s only one story, is genuinely fascinating.

Campbell studied comparative mythology. After examining numerous past and present societies around the world, he realized that many of their cultural myths contained similar elements. He distilled these elements into a single story structure he called the “hero’s journey,” or the “monomyth.” Campbell’s intent was to describe, and to unify: “Hey, look at this interesting thing I found. It must mean all humans have a lot in common and we can all get along.”

Unfortunately, the Western entertainment industry took Campbell’s work and used it to prescribe, and to homogenize: “Every story should be like this.”

And indeed, the monomyth sells. Hollywood has blatantly and proudly used it to develop most of its blockbuster output ever since George Lucas employed it in the original Star Wars trilogy. Rooted deep in human storytelling preferences, the monomyth appeals to us.

But the limits of the monomyth as a prescriptive tool are becoming increasingly apparent as the entertainment industry increasingly turns to remakes, reboots, and soft reboots to try to engage an audience that’s increasingly bored with the same old story structure. When massive financial investments must result in guaranteed hits, and guaranteed hits are the only types of entertainment allowed to be produced, the market gets oversaturated with homogenized stories.

This is why the digital revolution is so valuable: now anyone can create low-budget art and get it seen by millions, if they find the right niche. And we’re discovering that a plethora of niches exist that the monomyth never touched. Self-made YouTube videos and self-published fiction don’t need big up-front financial investments, so now voices other than entertainment industry gatekeepers can have a turn speaking from our collective cultural megaphone.

But writing advice gurus still stick to monomyth dogma like it’s the Bible. This is especially harmful in an era when we’re finally realizing our entertainment needs much more diversity. We’re coming to grips with the fact that most of the cannon of Western literature was written by people with very similar backgrounds and preferences. Imagine all the incredible stories that someone developed but never told, or that someone told but were never widely distributed, just because they or their characters were black, or gay, or autistic, or poor. Not only has this history had a silencing effect on many cultures, subcultures, and ideas; it’s also resulted in an avalanche of boring, cliché-ridden books and movies.

It’s true that as Campbell noted, most cultures do use the monomyth in their storytelling, but it is far from the only structure used even in Western cultures. And even when it is used, focusing predominantly on macro-level structure ignores the substantial fine-grained detail that comprises most of the meaning and artistry of a story.

It’s difficult to point to examples that contradict the one-story-fits-all model, because every story can be generalized until it fits the model. Like all good pseudoscience, the monomyth is unfalsifiable. I can point to the film Moonlight, for example, as a slice-of-life film that defies conventional story structure, but a monomyth advocate will just describe the film in the most general terms possible, blurring away any deviations from the hero’s journey until they’re so clouded that the film could have any structure at all. Then they’ll cherry-pick moments from the film that vaguely resemble the hero’s journey and claim it fits Campbell’s model after all.

But as in science, any theory that cannot possibly be disproved can’t even be called a theory. We shouldn’t idolize our theories so much that we never challenge them. Instead, we should make our theories stick their necks out, test them, and see if they hold up under adverse conditions.

If you’re interested in seeing some alternative story structures in action, watch more low-budget indie movies and non-US films. True, even many of these do fit the monomyth structure, but many more do not, and you’re much more likely to find one that doesn’t if you look abroad, where gatekeepers and storytellers are not as enthralled to the monomyth.

The monomyth has other flaws, such as that it’s useless as a prescriptive tool. What does it actually tell us, other than how to write the most generic possible story? Saying all stories are essentially the same because they all have the same ingredients is like saying all books are the same because they’re all made of words.

Even worse, as David Brin points out, the monomyth has been used throughout history by despots and dictators to paint themselves as heroes in the eyes of the very people they are oppressing. If we don’t criticize and question the monomyth, it can be used against us.

Finally, and perhaps less discussed than all other problems with the monomyth, is that adhering to it is just plain lazy. It’s an excuse not to examine detail, not to accept differences, and not to do the hard work of writing a smarter, more nuanced story. If all stories are nothing more than remixes, we have little reason not to echo the same clichés we’ve seen repeated a thousand times in the entertainment we’ve consumed before. The monomyth stops us from pushing boundaries, from venturing to the scary-but-rewarding frontier.

I like to think of storytelling less as a codified rulebook, and more as a set of best practices that we’ve found work well to engage the human brain using narrative. It is highly subjective, with some tools that are more universal, and some tools that are more specific to a particular culture or subculture. You can use these best practices to write a map for your story, but you shouldn’t use them to write a map for everyone else’s story.

Good storytelling takes a lot of time, practice, and failure to learn well. It can be tempting to take supposed shortcuts like the monomyth, but for the most part, it’s ultimately the details and not the general structure of the work that determine whether it’s good. So feel free to experiment with your structure. Demolish walls and build staircases to nowhere. Just remember the effect you want to have in your readers’ minds, and write your story to that.

If you’re interested in some writing advice that’s been immensely valuable to me, and has shaped my own conception of the craft, I can give you some recommendations—but keep in mind that this advice is geared toward storytelling in the fantasy and science fiction genres. That’s really all you need, though: advice. You don’t need a Bible, a one-size-fits-all roadmap for how to tell a story. You need a sentence of wisdom from one writer, a paragraph from another, and above all else, you need to practice. Try and fail and get back up again. Develop your own voice and hone your craft. And while you’re at it, check out Charlie Jane Anders’ old posts on io9, her current posts on Tor.com, Kate Wilhelm’s short book Storyteller, any writing advice from N. K. Jemisin, Chuck Wendig’s hilarious advice, and Brandon Sanderson’s writing videos.

No comments yet Categories: Uncategorized
« What if Society Lied to You About Your Body?