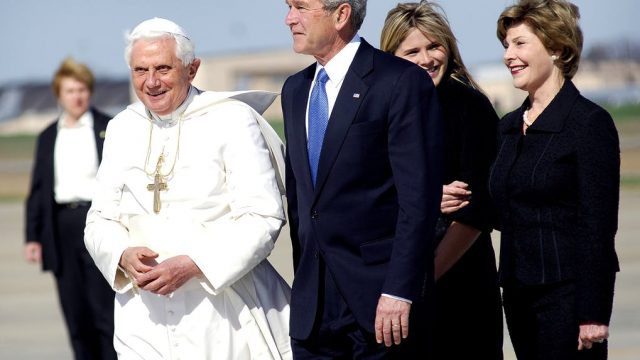 In the final episode of Cosmos: A Spacetime Odyssey, Neil deGrasse Tyson says something that I think demonstrates profound humility. After teaching us about the wonders of the universe for twelve inspiring episodes, he dedicates the final episode to explaining why curiosity and openness are so important. And at one point he looks directly at the camera and tells us, “Question everything. Even me.”

That was the exact moment when I first became a die-hard Neil deGrasse Tyson fan. He’s so dedicated in his quest for truth that he actually invites scrutiny and challenges to his own ways of thinking. He’s so eager to know what’s true that if he’s wrong about something, he actually wants you to prove him wrong so his beliefs will more closely mirror reality. These traits run so counter to the common, unspoken plea of many other thought leaders: “Question everything. Except me.” And unfortunately, it’s not only the bad leaders who adopt this code. Many otherwise good leaders follow it, too.

To me, one of the most frustrating aspects of election season is our willingness, both as individuals and as a society, to condemn authoritarianism when we disagree with it and yet eagerly embrace it when it caters to our own cherished beliefs. When our political opponents want to silence us and bend us to their will, we see that as evil. But somehow we think it’s okay for us to silence our political opponents and bend them to our will. We question their power, but we neglect to question our own.

It’s easy for us to look back and see this progress as inevitable and obvious… but it really wasn’t. The people who questioned power in all these examples were exceptionally brave, their actions often quite countercultural. It takes a lot of courage to question power when that power’s control is pervasive in your society, and when that power conveniences many people… maybe even you.

This isn’t to say that all power is inherently corrupt, or that human organization is inherently flawed. Far from it! The arc of history shows that we humans have a strong preference for organization, joining together in groups of ever greater numbers and social complexity to accomplish our goals. Any power structure can be used for great good as well as for great greed and tyranny. And that’s why we should constantly hold them up to intense scrutiny: to make sure they’re telling us the truth, and to ensure they’re working for the benefit of all humanity rather than just for a thin segment of humanity.

This election has seen unprecedented scrutiny of the major political parties, which is an exciting development! But it’s also seen other, newer political movements explode in popularity: the Bernie Sanders revolution on the left, the Breitbart crowd on the right, and Gary Johnson’s libertarians somewhere in the middle. These are fledgling movements when compared with the major parties, but they each boast many millions of members. That much support gives these movements a lot of power. And that power, like all power, should be questioned.

But let’s question smart people, too! Neil deGrasse Tyson is pretty smart, after all, and he wants us to question him. In fact, most smart people—especially in the scientific communities—would tell you that questioning authority, even their own, is a good thing. I do think that blindly distrusting smart people on principle is a bad idea, since our specialized society relies so heavily on experts to make its gears run smoothly, to innovate, and to warn us about threats on the horizon. But experts are people, too, subject to bias, to arrogance, and to greed. Let’s question the experts, even the experts we like.

Perhaps most urgently in the United States, let’s question the power that wealth brings. Money, quite literally, is power. And when a handful of people have so much money that they’re more powerful than most heads of state, that’s a problem, especially when their actions have no democratic oversight. I like Bill Gates, Mark Zuckerberg, and Elon Musk, but it doesn’t matter that I like them. They and their peers are extremely powerful, and that power should be questioned.

The disproportionate power that white people, straight people, and men hold compared with non-white, non-straight, and non-male people has been extensively documented and discussed. Today this power is increasingly questioned, especially in the realms of politics, business, and entertainment. This is a great development that should continue.

Lastly, although questioning power is great, when a large enough group of people gathers to question power, they themselves now possess a degree of power. That power should be questioned, too.

And of course, if you as an individual find yourself in a position of power, please, for goodness’ sake, question yourself.

It’s easy to point at other people who fall victim to tribalism and authoritarianism, and it’s hard to see these traits in ourselves. But we must try. We’ll never know if we’re blindly ignoring flaws in our own favorite power structures unless we actually take the time and energy to look for flaws in them. And if I find a flaw in a power structure I like, there’s no harm in me admitting it. If I’m going to advocate passionately for a certain movement, company, or government program, I certainly want to vet it for flaws before I champion it.

The bottom line is: If I blindly accept a certain power structure’s authority just because I like that power structure, I’ll be just as blind if that power starts taking advantage of me. Again, power isn’t always wrong. But we should question power anyway, because we’ll never know if it’s ethical and truthful unless we question it.

Please, as we move forward in our politics, in our social lives, and in our private beliefs, let’s withhold trust from anyone who tells us, “Question everything. Except me.”

Questioning power is also THE central theme of my Thorn series, so if you enjoyed my idealistic little rant here and you’re a fan of horror-fantasy books, you’ll probably enjoy Thorn’s story as well.

No comments yet Categories: Uncategorized
« The Epic Time Travel Story I Will Never Write
La La Land Made Me Angry »