Not All Indie Revolutions Are Created Equal 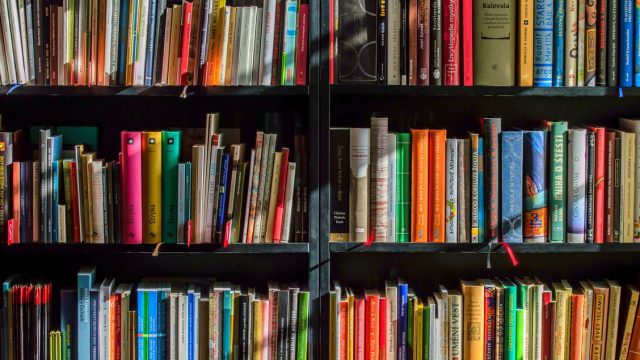 “Art is finally democratized! Anyone can access the tools of production! Sure it can be tough to reach an audience, but if you work hard and persevere, you have a legitimate shot of making a living doing what you love. The gatekeepers have been abolished! The indie revolution is here!”

So goes the common refrain.

And that refrain is certainly truer for more indie artists now than ever before in history. But all artistic mediums are not created equal. As someone who comes from the indie film world, who has friends in the indie music world, and who is now setting sail in the indie publishing world, I’m consistently surprised by how the indie revolution has manifested itself differently in each different medium. Although I do have more questions than answers about this.

For instance, why did the various indie revolutions start at different times? Indie music started taking off in the late 90s, indie film in the early 00s, indie games in the late 00s, and indie publishing not until the early 10s. This makes no sense to me, since publishing is the least technologically complex of all the artistic mediums listed above, and so it’s presumably the easiest to democratize, taking control away from The Man and putting it in your hands and mine. Publishing is essentially just printing words on a page. Shouldn’t the indie revolution have hit publishing first? But instead it hit publishing last.

But that’s beside the point. Perhaps my biggest question about the indie revolution—and the subject of this blog post—is this: Why is there no Amazon for film, music, or video games? Self-publishing is exploding right now, and has been for several years, which you just don’t see on the indie sides of the other artistic fields. I think a large part of indie publishing’s success has to do with how Amazon has reshaped the self-publishing landscape. And in fact, one of the reasons I started self-publishing was because I saw a dearth of opportunity in the other artistic fields, compared with the current literature boom that Amazon is fueling.

Some of my film friends might be skeptical of me praising Amazon due to its less-than-stellar reputation outside of the indie publishing sphere. But imagine if Disney (the company, not the man—that’d just be weird) approached the indie film community and told them that it’d distribute all of their films to movie theaters around the world in exchange for 30% of the profit from each film. What a bombshell that would be! Filmmakers would still have to fund and produce their movies, and much of the marketing burden would still fall on the filmmakers, but the distribution would be completely taken care of by Disney.

This is essentially what Amazon has done for indie authors, and it’s incredible, and I don’t see anything like this being done in the other artistic mediums.

Video games have Steam and various mobile platforms, but even if you keep your overhead low it remains extremely difficult to earn enough money to live off of making your own games. Just watch Indie Game: The Movie to see how insanely difficult it is for even the most successful indie developers.

The film world has YouTube, I guess. But you have to regularly garner many millions of views before you can hope to support yourself financially. In comparison, an author on Amazon only needs to generate a few thousand sales per year. And good luck building a career on YouTube if you want to work in a genre other than education or short comedy.

Filmmakers can also try to sell their film at film festivals. These have been around since long before the indie revolution, and as recently as the 90s they were great places at which to shop your indie film. But selling your film today is very unlikely unless it stars a name actor (and thus has a huge production budget). It does happen, but it’s rare, and certainly too rare to support an indie revolution.

In the music world, to earn minimum wage on iTunes, you’d need to sell 12,399 tracks per month. I imagine this is quite difficult when to attract an audience, you have to put your music on free services like Spotify and last.fm, too.

To be clear, I’m not implying that earning money is the primary purpose of indie art. On the contrary! Art is intrinsically valuable. I’ve never earned much money from my art, and for all I know I never will, but I’ll keep making it anyway because I’m head-over-heels in love with it.

True, Amazon could suddenly pull the rug out from under its authors, for instance by starting to take 90% of the profit from book sales instead of 30%. This would be very hard on the self-publishing community. But we are a community, and we’d survive on other platforms, which would only take market share from Amazon if it tried anything like that.

But there’s no indication that this will happen, and so I remain a huge fan of what Amazon has done, and is doing. The companies that have partially facilitated the indie revolutions in the other artistic fields are more interested in short-term profit, I think, whereas Amazon is thinking long-term by being much more financially generous with its terms and innovative in its approach. It’s completely changed the landscape of the publishing field in favor of the little guy (and therefore in favor of itself—call it enlightened self-interest).

Of course, it’s very much still possible to build an indie career in the other artistic fields. I know several people who have. I’m just saying that it’s still very, very difficult—moderately more difficult than in self-publishing, and in many cases only marginally easier than the historical average.

But there is hope! Patreon, in particular, is letting more and more artists bypass modern monetization schemes altogether by bringing back the old-timey concept of patrons. Unlike Kickstarter, this lets artists build a sustainable career over time instead of just facilitating a one-off.

It’d be nice to see other companies jump on the bandwagon and realize that helping indie artists can be quite profitable. But while I’m waiting for them to have this revelation, I’m more than content to stick with Amazon, which I think has helped to create the truest, purest incarnation of the indie revolution in the form of its self-publishing platform. In my short time as part of the indie publishing community, I’ve found the community to be extremely charitable and eager to share its knowledge, and I’ve really enjoyed channeling my own filmmaking knowledge into this new challenge. If you’re currently working independently in another artistic field, I encourage you to try writing a book! You might like it over here on this side of the fence.