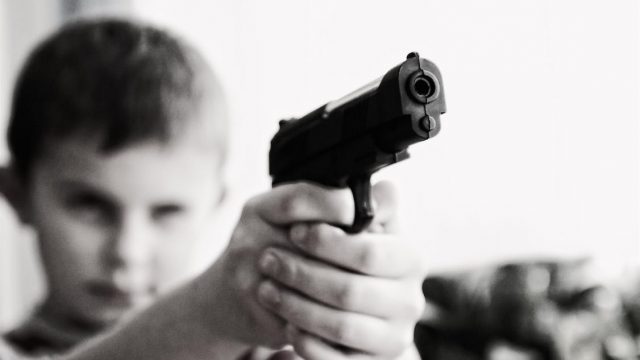 In the very near future—possibly by the end of this decade—3D printers will become as cheap as regular printers, and about as ubiquitous. At that point, anyone with access to a 3D printer will be able to torrent the design for any type of weapon off of the internet, print that weapon’s parts, assemble them, and then use the resulting weapon however they wish. This includes mass shooters.

Different 3D printers use different materials, and print with different levels of detail. You wouldn’t use the same 3D printing machine to print big plastic blocks of uniform structure as you’d use to print some of the more intricate metal parts of a gun. But since all types of 3D printers will have myriad applications in every conceivable industry, all types of 3D printers will have a high level of ubiquity. So a potential mass shooter should have little problem accessing them, even if the one he uses at home can’t print quite all of the parts he needs.

The design of weapons is adaptable, too. No company would sell a gun (by which I mean a working, lethal gun) made of rubber, but given the breadth and depth of human knowledge, I guarantee you that someone on the internet can build a gun made exclusively of rubber that could kill a person. So if a killer has access to only one type of printing material, that won’t necessarily stop him from printing a gun. (Although I admit that a mass shooting using a rubber gun seems pretty improbable.)

It’s also worth noting that many working guns have already been printed using home printers, today, in the present time, in real life. There’s even an organization that teaches you how to do it yourself.

Banning 3D printers will not be an option because they have so many useful applications unrelated to guns. It’d be like trying to ban personal computers. You can debate whether or not it’s ethical to do so, but practically, it’s not gonna happen.

The thing that scares me the most about shady figures being able to print any type of weapon off of the internet is that “any type of weapon” includes stuff like nuclear bombs. Of course, you couldn’t print the highly enriched uranium you’d need to make the bomb work, but still, the trend of ever more destructive potential becoming available to lone individuals is troubling, and leads to terrifying thoughts like this one.

If you want to start a big political movement for gun control in the United States, more power to you. Your movement might save a lot of lives over the course of the next 5-10 years. But please be aware that gun control is not a permanent solution to the problem you’re trying to solve. I’d rather not wait until someone kills a bunch of people using a print-at-home gun for this reality to enter our political lives.

No comments yet Categories: Uncategorized
« Not All Indie Revolutions Are Created Equal
A Different Simulation Argument »