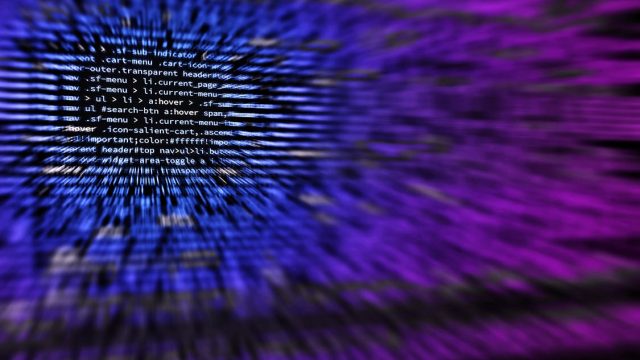 Earlier this month, Elon Musk caused quite the hubbub on the internet when he claimed that we are almost definitely living in a simulated reality—i.e. that our reality isn’t “real” in the traditional sense, and we’re essentially living inside of a computer program. If you’ve never heard anyone say this before, it probably seems like a pretty bizarre thing to believe. “Eccentric Billionaire Thinks We Live in the Matrix” is a clickbait title you’d easily scroll right past on Facebook.

But I think Elon Musk stands a good chance of being right. I just think so for an entirely different reason.

Although philosophical debates about the nature of reality stretch all the way back to antiquity, Musk is getting his ideas from a specific and very influential paper called “Are You Living in a Computer Simulation?” written by philosopher Nick Bostrom in 2003. If you’ve never read it, you should. It’s a pretty mind-blowing piece of writing, and it was the first formal presentation of what Bostrom calls “the simulation argument.”

The argument basically says that because the technology that allows us to simulate virtual worlds (like video games) is constantly improving, eventually we’ll be able to simulate virtual worlds perfectly, so that they’ll be indistinguishable from reality. Even the people in those simulations will be indistinguishable from real people. At this point, when our descendants decide to run simulations, those simulations themselves will internally give rise to perfect simulations of their own: simulations within simulations. So the total amount of simulations will balloon until there are vastly more simulated people than there are actual people. If you accept these assumptions, then one of three things must be true:

1.) Humanity (or posthumanity) will go extinct before it can create perfect simulations of reality.

2.) Our descendants will not be interested in running perfect simulations of reality, or they will forbid themselves from running them.

3.) We are almost certainly currently living inside of a simulated reality.

Many people—Elon Musk included—read this paper and conclude that #3 is true. But it’s not so simple. Bostrom himself has pointed out that his argument doesn’t specify which of the conclusions is likely to be true. But #1 seems too bleak for us to readily accept, #2 seems unlikely given how much we love video games, whereas #3 is thought-provoking and relatively optimistic, so readers quickly jump to #3 as the most likely scenario, when it’s actually no more likely than the other two.

There are other problems with the argument. Its critics point out that the argument isn’t falsifiable, and so it doesn’t meet the most basic criterion for scientific testing. Some people are trying to change this, but for now, the simulation argument remains thoroughly in the realm of philosophy, not science. Its logic may be sound, but if you want to believe we live in a simulation, you ultimately have to take it on faith.

Others object that infinitely nested simulations would put infinite resource strain on the top layer. The “real” people living up there would need infinite computing power to run all the simulations on the lower layers.

Still others object that a simulated universe is very close to being physically and mathematically impossible.

There are plenty of counterarguments to these objections, so I don’t think any of them is a death blow to the simulation argument, or to the idea that we live in a simulation. There’s also this alarming discovery to consider, mentioned by James Gates in a panel with Neil deGrasse Tyson. (And I recommend watching the excellent debate on the topic that Neil hosted a few years later.)

But I have another, informal argument to make in favor of us all living in a simulation. To me personally, this argument is even more convincing than Bostrom’s. To get to it, first we’ll have to talk a little bit about aliens.

Arthur C. Clarke was the first to comment on a serious problem with fictional aliens in a lot of sci-fi: Their level of technology is usually pretty close to ours. If we have spaceships, they have spaceships that are a match for ours in a fight. Even very powerful alien forces are never too powerful. In the film Independence Day, for instance, the aliens appear far more advanced than us at first… but an ordinary computer virus can take down their shields, and their technology is understandable enough that we’re able to co-opt much of it in the sequel. And so it is with most sci-fi. Aliens’ and humans’ different technology levels are almost always within an order of magnitude of each other.

This is unrealistic, Clarke said, when you consider the vastness of time. Very little of the lifespan of an alien species would be spent in an era when its level of technology is comparable to humanity’s current tech level. On the contrary, he said. Most of the lifespan of any given species is spent in one of two states: first apes, then angels.

With our limited perspective, we tend to see human history like this:

Wow, we’re pretty close to the emergence of posthumanity! The reasoning behind this assumption goes like this: once technology is a thing, it’s never not a thing again (unless humans go extinct). It keeps evolving over time. Even the rate at which it evolves increases over time. And that’s not going to stop. In fact, if you keep current with the trend lines in science and tech, it appears that we’re on the verge of achieving some truly fantastic feats within the next century, such as colonizing space, creating artificial intelligence, and being able to fully understand and reprogram our own genetic code. Most futurists think that these new achievements will fundamentally change not only our ways of life, but also our very identities as human beings. We’ll become something new and better: some type of “posthuman” that will be nearly godlike in its technological capabilities.

That’s a whole separate discussion, but even if you don’t buy the posthuman hypothesis, it’s pretty obvious that due to ever more advanced technology, our civilization is going to radically change within the next century, more than it’s ever changed before, for better or for worse. And we won’t go back.

But notice in the timeline above what a small amount of time elapses between the invention of the wheel and our emergence into some type of posthumanity. Notice that most of the time on the timeline lies outside of those two points.

This is what Clarke was talking about. Clarke surmised that if we ever meet real alien civilizations, they’re much, much more likely to be either pre-invention-of-the-wheel or post-evolution-to-a-higher-state-of-consciousness than they’re likely to be a civilization with our own level of technology.

In sci-fi novels with aliens, isn’t it an absurd coincidence that out of that vast expanse of time, we find ourselves face-to-face with alien civilizations that just happen to be not in the “ape” or “angel” stage of civilization, but in our own, extraordinarily brief intermediate stage instead?

Wait a minute. We can also ask that question in the context of the simulation argument. And we can ask it about real life instead of about fiction. Isn’t it an absurd coincidence that out of that vast expanse of time, we find that our own civilization just happens to be not in the “ape” or “angel” stage of civilization, but in the extraordinarily brief intermediate stage?

If I were a posthuman who wanted to create a simulation of reality, and I had that entire timeline of eras to choose from, which time period would I choose to simulate? It would probably be difficult to simulate a universe full of hyperintelligent superhumans and AIs, and besides, I already live in that world so it’s not as interesting for me to simulate. So I’m probably going to avoid simulating the “angels” side of the timeline.

The “apes” side looks a lot better. It’s relatively simple to simulate, it’s foreign to me and therefore interesting, and it’s so far in the past that it’s an open field of study. But the “apes” side of the timeline is boring. For hundreds of thousands of years, not much happened.

The period of the timeline that I’d most want to simulate—the period that’s by far the most interesting and novel—is the period from the beginning of civilization to the emergence of posthumanity. Maybe I’ll even skip the long-winded parts at the beginning and jump right to the Industrial Revolution, when the plot starts really picking up. That’s the part of history with airplanes and world wars, with rock music, video games, and CGI! That’s when humans started growing up, abolishing slavery, making peace, and systematically learning about the natural world! It’s the time when we overcame tremendous, unprecedented challenges… or maybe in this simulation we’ll fail those challenges, and go extinct. But maybe not. Maybe this will be the most extravagant, inventive, and compelling story ever told.

Like Bostrom’s simulation argument, this argument doesn’t prove anything, since the “real” people living on the “real” Earth in our current time period would be subject to the same coincidence. In that case, their existence in this specific stage of civilization would actually be a coincidence. And we should keep in mind that probabilistic arguments are prone to fallacies.

Still, if you want to accept that it’s a total coincidence that the most interesting part of all of the past and future of human history is the part of it that you’re living in right now, you’ll have to do so in light of what we’ve discussed about posthumanity, and the vastness of the timeline above. I personally find it a bit hard to accept that I just happened to be born right as human civilization is reaching a long-awaited crescendo. To me, the odds seem stacked pretty heavily against us living in the “real” world. When I consider Nick Bostrom’s argument, James Gates’s discoveries, and Arthur C. Clarke’s observations, I’m convinced that Elon Musk has a good chance of being right.

I can’t prove it, of course. Most likely no one can. And even if we do live in a simulation, we shouldn’t let it affect our lives (although economist Robin Hanson has written a partially tongue-in-cheek essay to the contrary). If there’s no discernable difference between a simulation and reality, and there’s no conceivable way to escape our simulation, why act as if the simulation is any different than reality?

No comments yet Categories: Uncategorized
« Gun Control and 3D Printers
A Brief History of the Thorn Saga »