I’m Not a Fast Writer, and That’s Okay 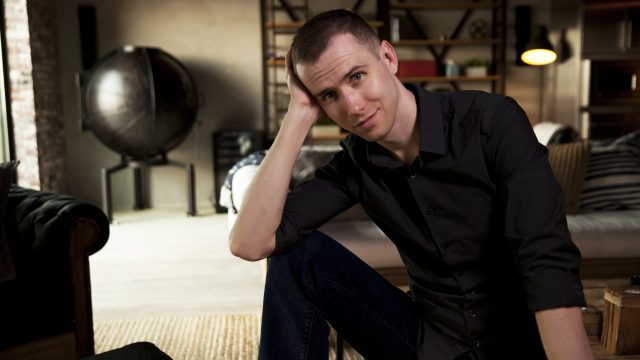 A lot of advice in the indie publishing community centers around writing speed. If you want to build an audience, they say, you must write X number of books per year. Readers of self-published books tend to be voracious and you need to write quickly to appease their bottomless appetite for more books, or they’ll lose interest.

I think there’s some truth to this. Even well-known, traditionally published writers need to write at least one book each year or two (unless they’re George R. R. Martin). And I’m glad that there’s such a market for indie publishing. But I’ve always found the indie world’s preoccupation with writing speed a bit discouraging, because I can’t write that fast.

Often, a distinction between artists and businesspeople is central to the discussion of writing speed. Most authors fall somewhere in the middle of the two camps, and most people at the extremes are civil. But occasionally you find some highly opinionated writers who think everyone in the other camp is an idiot.

On the one hand, you have authors who write for the sheer art of it, to express and communicate and tell the best possible stories, and who are happy to take their sweet time writing, because they’d rather write well than fast. When they aren’t being friendly, they look upon the business-oriented writers as moneygrubbing hucksters out to make a quick buck, in the game more to build their personal brand than to add anything of meaning or value to the world.

On the other hand, you have businesspeople who approach writing as an enterprise, in which writing itself is only one part of a larger venture that incorporates budgeting, marketing, IT, and legal concerns. They advocate that because indie writers don’t have the backing of a publishing house, we’re responsible for our own commercial apparatus, therefore we should write as fast as possible without degrading the quality of our work too much, to get our names out there and appease market demand. When they aren’t being friendly, they look upon the artists as naïve saps gazing at their navels, too lazy to truly commit, in the game more as hobbyists than as true entrepreneurs. 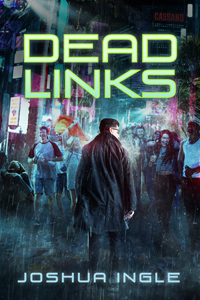 If you go to different indie writers’ websites and read their blogs, it’s pretty easy to see which camp they lean toward based on whether they blog about writing, or about doing business as a writer. I’ve learned a ton from each camp over the years.

I do think the businesspeople are a bit better suited for the indie publishing world, although some of their advice can get absurd—I once read a blog post essentially saying that if you don’t release one novel every week, you’re doomed for failure. And there’s absolutely nothing wrong with being a hobbyist. I know a few great writers who treat it as a hobby, and nothing more. The bottom line is that neither approach is right or wrong; they just have different goals, and each can learn plenty from the other.

This discussion feels familiar to me, because the film world, in which I have a background, works the same way. Projects can languish in development for years while their studios and creators work the kinks out, while simultaneously, a light-speed-paced industry zooms circles around them, obsessed with the hottest new idea, the next great marketing tactic, the most popular up-and-coming talent.

I myself used to believe in a hybrid of the two extremes. I wanted to create the best possible work, but also do it fast. This led me into workaholism: I wrote and directed five feature-length films and numerous shorts while in film school. (I had no life whatsoever while in film school and seriously regret it, but that’s another blog post.)

Lately, I’ve found myself gravitating more toward the artist camp, which I think is where my heart truly lies. If people remember my writing after my death, I hope they remember its quality, and how much of a positive impact it had in the world, rather than remembering how much money it made me.

But the choice between fast or good is a bit of a false dichotomy. It’s true that there are writers like old Winds-of-Winter George who annoy the world by taking many years to write a single, excellent book, and it’s true that there are writers who churn out eight books of utter crap every year and are content to make a living that way. But there are also authors who write slowly who do find great success. And there are authors who write fast who occasionally hit a home run in the midst of all their strikes. (Of course, most writers will tell you that everything they write is good. I am no exception!) I’d love to see some data on how many writers fall into these various categories, if any readers of mine know where I can find such data.

Despite all this, there’s no shortage of self-help books for indie authors about the necessity of increasing writing speed. Grit and perseverance are involved, of course, but I also think the ability to write fast is often a privilege. If you have a spouse who can support you, or investments or a trust fund to live off of, or are already a successful writer who can work full-time, you have a titanic productivity advantage over those of us who work day jobs. So to me it seems a bit snobby for writers with this kind of privilege to chide the rest of us for writing so slowly.

But maybe that’s just the artist in me talking. 😉

I have a full-time job that I enjoy, I’m studying a STEM field in grad school, and to be honest, I’m not even sure I want to write full time. If given the opportunity, which I once would have jumped at, I’d now need to do a serious cost-benefit analysis—not just for myself, but for my career’s potential to impact the world in a positive way.

We artists like to assume that all art is inherently valuable. And I mean “valuable” in the sense of being good for other people; not the usual, economic meaning of the word. When laypeople object to our belief that art is inherently valuable, they’re usually arguing from an economic perspective: that artists add nothing to the economy, that we’ll never make a living off of art, that we need to be more practical. Anyone who’s ever studied or worked in the arts has heard bullshit like this over and over again for their whole lives. Obviously, these arguments miss the point… but there are other, very well-crafted arguments against using your life to pursue a career in the arts. Not many opponents of the arts use these arguments. Not many artists have heard them. I wish they had. I wish I had.

Of course, I could have an enormous positive impact on the world if I had enormous success with my books—say, if I became the next J. K. Rowling. But even if I’m a better write than her (I’m not), what are the odds of that (very poor)? Do I really want to bet most of my life’s potential to help other people on whether or not I’ll become the next J. K. Rowling? If I did, I’d be insane. And yet many young artists implicitly think this way. This topic also belongs to a whole other blog post.

It’s an excellent book, and I’ve been working on it with my co-writer—one of my closest friends—for six years. We’ve had so many obligations and misfortunes in our lives during that time that it’s taken us six years to flesh out the characters, story, and the story world, to gain the scientific knowledge necessary for our science-rich story, and to actually write the damn thing. We’re still writing it. I’m going to marathon through the rest of it this summer, but it’ll be at least a year before anyone in the general public sees it. 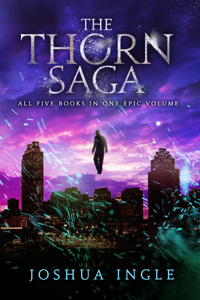 I’m pretty insecure about how long it’s taken to write this book. It took me a long time to write Thorn, too, but no one noticed because that was my first novel. I could write much faster if writing were my full-time job. But I’m content with writing not being my full-time job.

There is more to life than art, after all. If my slow writing speed means I’m a failure in the eyes of the business-oriented writers, then that’s okay with me.

I deeply love the craft of writing. No matter how slow I go, I can never see myself stopping. But I am going to make some changes to my writing business, beginning now: I’m going to almost totally stop sending e-mail newsletters, and I’m going to post on this blog less often.

The business-oriented writers would say that quitting MailChimp is career suicide, but I’ve come to view my newsletter as an unnecessary burden. I don’t have the budget to travel around the country to conventions and I only release a book once every few years, so there’s not much news for me to write about in my newsletters. More importantly, I question how much value my newsletters actually add to my readers’ lives. I’ll keep my e-mail list, but moving forward, I may only send out one newsletter every couple of years, if that.

Like MailChimp, I started this blog because the self-publishing gurus said I needed a blog, rather than because it was something I wanted to do, or because I genuinely needed it for my “brand.”

Okay, maybe that’s a bit cynical of me. I do enjoy writing here. I just don’t enjoy feeling obligated to write here. So moving forward, I’ll only write here if there’s something I genuinely want to say. Constantly blogging just because it’s something a good self-published author ought to do is not a good enough reason for me to constantly blog. The rate of my blog posts has decreased a lot over the past year, so now I’m facing the music and saying that that’s okay.

I care more about being a good writer than being a successful writer. MailChimp, and this blog, and writing fast all serve the latter goal, and that goal is less important to me now than it used to be.

If you’re a fellow indie writer reading this blog post, and you, too, are insecure about your slow writing speed, take heart! Your friends and family and day job and drive to help other people are all more important than writing fast. If you get the opportunity to write full-time and therefore increase your writing speed, congrats! But if you ask for my writing advice, it’s to not dwell on the phantom of future success. Live, love, help other people. And then write.

No comments yet Categories: Uncategorized
« Drones Will Revolutionize Crime
We Will Experience A Pandemic 10 Times Worse Than COVID-19 Within the Next 10 Years »