Scientism: It’s a Real Thing, but It’s a Snarl Word, Too 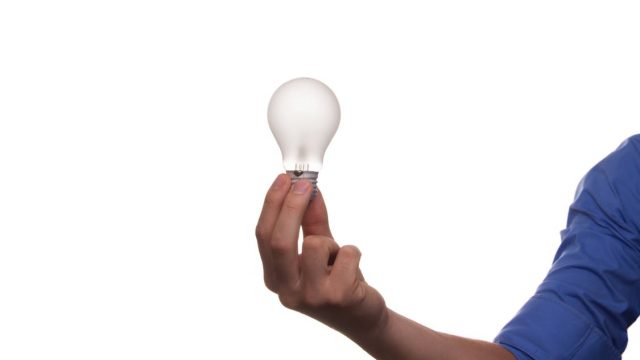 A common criticism of science and the people who implicitly trust it is that science is no better than a religious cult, that science’s followers will blindly accept anything science has to say with no critical thought involved. Critics label this unthinking attitude as “scientism” and lump it in with other tribally biased belief systems to avoid.

Unfortunately, the critics have a point. Many people do view science in this pseudo-religious way. A whole industry of science “prophets” has sprung up, demanding that we accept science’s conclusions without presenting any evidence or counterevidence, and without explaining the steps by which scientists have arrived at their conclusions. Glimpse an episode of Bill Nye’s Netflix show and you’d be excused for thinking you were watching a late-night political comic with all the tribalism and groupthink and cults of personality involved. Nye, in particular, seems intent on turning science into an us-versus-them dispute, with “them” being the horrid science-hating mongrels who want to drag us back into the dark ages.

(Neil DeGrasse Tyson often gets grouped in with this bunch, and it’s true that he’s close friends with them, but I think his record as a promoter of science is great. Just listen to his episode of StarTalk featuring Janeane Garofalo. He spends the entire episode defending right-wing views against her furious and hateful attacks on them. And he often criticizes the left for their own anti-science views. Neil’s goal is to promote science, not any particular political ideology.) Too many science communicators and science enthusiasts very quickly jump from scientific facts to prescriptive dogma. For example, they take the fact that humans are causing the climate to change, and leap to the unfounded conclusion that the only possible solution is a carbon tax, with no logical steps between foundation and conclusion other than, “This is just what my side believes.” (For the record, I think a carbon tax is a great idea—what I’m criticizing here is the thinking process.)

Scientism is a real problem, and I can see it becoming a greater problem if we’re taught to value scientific authority figures more than actual critical thinking. Just look at the history of the Social Darwinist movement to see how a blind belief in the authority of science can be hijacked by disturbing ideologies when we’re ignorant of how and why real science works.

As RationalWiki puts it, “Unfortunately, scientism gets mixed into the crank usage when someone is told their favorite thing is actually full of shit.”

Don’t like something a proponent of science is saying? Their argument against your viewpoint is a little too good? No problem. Just accuse them of scientism and call it a day. You can use this critique to dismiss any arguments or evidence that contradict your views.

This is the most common use of the term “scientism”, and it usually says more about the people critiquing than about the ones being critiqued. By dismissing any science that contradicts their personal views as “scientism,” they’re not engaging in open and honest debate, instead hiding the fact that they themselves arrived at their conclusions in a way very similar to scientism. They dismiss their opponents as non-critical thinkers to camouflage their own lack of critical thinking on a given subject.

The argument that science is only one view among many, equally valid views is often brought up in these discussions. This way of thinking says it’s hubris to claim science as the sole source of reliable knowledge and to dismiss all the other sources of knowledge.

My response to this is: What other sources of knowledge? There are also journalistic standards for determining truth that function in a similar way: when they work, it’s because they were mimicking scientific approaches. When the news screws up, it’s usually because they were getting their truth from somewhere else.

Even in art, the most subjective of all human endeavors, we have a lingo describing what “works” and “doesn’t work.” We experiment and refine our efforts to appeal to, to offend, or to manipulate the public’s sense of aesthetics in much the way a scientist would experiment and refine, and we base our artistic truths in that interplay with our audience.

Although few would explicitly say this, many people determine the truth based on what is popular with their friends or family, or based on what an authority figure tells them, or based on traditions handed down for hundreds or even thousands of years. But when you dig deep into any purported alternative source of knowledge, much of what is good about each source involves its similarities to science. And many of the arguments for why each source is better than science usually bottom out at, “I believe this is true because I feel very strongly that this is true.” This is a terrible reason for believing anything.

Science is not a religion. Scientism may be a religion, but science itself does not function like a religion in any way. As I’ve written previously on this blog:

“Science has numerous safeguards against faulty logic and personal bias that other ways of knowing don’t have… At its most fundamental level, it’s based in the five senses. You can see, hear, touch, taste, and smell science. At any moment you can go look up the results of any given study, see them with your own eyes, and if they’re solid results, replicate them yourself.

Science is true not because scientists feel deeply that it’s true, but because it’s been rigorously and quantifiably tested, verified, and quadruple-checked if the finding is important enough. Science is true because it can be used to accurately predict future events. This is how all science works. It’s deeply transparent.”

Science has had a demonstrable positive impact on our world, in the extreme. Without science we would literally still be living in caves, spending half of our time working to find food, and dying of simple infections.

(I can also imagine a future where, a thousand years from now, someone like me writes on their blog, “Without science, we would literally still be living on Earth, spending half our time working, and we’d even still be dying.”)

This is why it’s so important to fight anti-science sentiments, and vacuous accusations of “scientism.” In tandem with a strong ethical framework outside the realm of science, science can lead us to a prosperous future, to fuller and more fulfilled lives. By considering scientific arguments even when they go against our views, and being open to changing our views to fit science’s conclusions, we’re helping in our own small way to make that future a reality.

No comments yet Categories: Uncategorized
« The Truth Is More Important Than Your Belief System
Farewell to a Cherished Story »