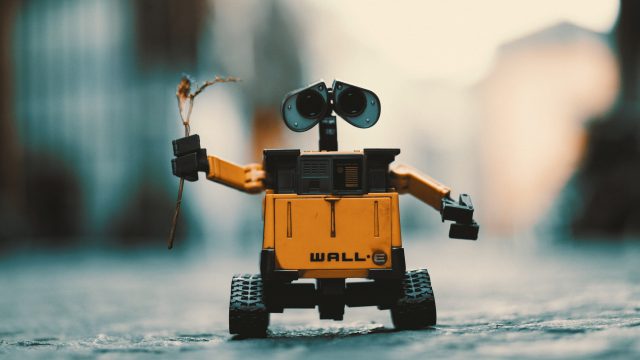 Centuries before the invention of the airplane, a special group of people was trying to figure out how to create a flying machine.

In the early 1800s, the same community—and one man in particular—was talking about digital computers. In the 1940s, they actually predicted the PC revolution of the 1980s.

Almost three decades before the Manhattan Project, this group was speculating about nuclear weapons and what they might mean for the world. And as the first bomb exploded over Hiroshima, they were already philosophizing about combat drones.

Inventors, writers, philosophers, and businesspeople, they work in many professions, but share a singular fascination. These are the futurologists, or more colloquially, the futurists. Their specialty is taking past and current trends, and extrapolating those trends into the future. Sure, they’ve gotten stuff wrong. We don’t have flying cars, widespread space tourism, or a virtual-reality internet… yet. But the fact that futurists have successfully predicted so many technologies that have radically transformed our social, political, and psychological spaces makes my ears perk up whenever the futurist community has something to say. Aware of past failed predictions, modern futurists focus less on predicting the future and more on extrapolating possible futures, so we can all plan which futures to aim for and which to avoid. Their methodologies are getting more accurate all the time, becoming more science than art.

Different futurists have different degrees of accuracy, and of course we’ll never know for sure how right or wrong they were until the actual future comes to pass. Some, like Mark Zuckerberg, the Google executive team, and especially Ray Kurzweil, I think are overly optimistic. They tend to assume that future technology and social structures will automatically be good, with only wishful thinking to back that assumption up.

But a bevy of other futurists take a more balanced approach that accounts for the nuances of both future benefits and dangers. Names that belong in the latter group, in my humble opinion, are Alvin Toffler, Kim Stanley Robinson, Eliezer Yudkowsky, Anders Sandberg, Nick Bostrom, Anne Lise Kjaer, George Dvorsky, Charles Stross, and even everyone’s favorite eccentric billionaire, Elon Musk.

Being a sci-fi writer, I naturally think that futurism is one of the coolest things ever. Science fiction isn’t fiction, after all—it’s science that hasn’t happened yet.

But futurism isn’t just cool. In a world where most of our global plans reach no further than the end of the next business quarter or election cycle, futurism is important. Futurists realize that we live in deep time, and that as accustomed as we are to a world with TVs, computers, and the internet, such a technological world is less than a blip on history’s radar.

Most futurists agree that we live at a critical, transformational point in human history. Our world may seem normal to us, but in terms of deep history, it’s highly abnormal, and the next several decades will probably be highly disruptive to our established ways of life, for better or for worse.

Futurism can help us chart our course through this uncertain future. We don’t have to be like citizens of the sixteenth century, gawking at Leonardo da Vinci’s drawings of flying machines like they sprang from out of a fairy tale. We’ve been gifted far more foresight than citizens of the 1910s, in their obliviousness to the nascent nuclear technology that would one day revolutionize their world—and push it to the brink of destruction. With futurism, we can plan ahead. We can have ethical debates about questionable technology decades before it affects us, so that when the tech finally arrives, we’ll know exactly how to deal with it responsibly.

So many of our decisions are based on the way the world has worked in the past, but it’s the future—not the past, or even the present—that our decisions will affect. Knowing as much as possible about that future, and instead making decisions based on that knowledge, will guide us far better than the past alone is able to.

What world-changing technologies do futurists see on the near-term horizon? This blog post would be book-length if I detailed them all, but there are a few hot button topics that have recently captured futurists’ attention.

One is self-driving cars, some of which are already on the road. These will eliminate the entire transportation industry, putting tens of millions out of work. On the flip side, once enough people and companies own them, traffic accidents will be reduced to almost zero, saving tens of thousands of lives yearly. Eventually self-driving technology will be so good that we won’t need traffic lights at intersections anymore—your car will just drive right through, timed perfectly with nearby cars so as not to hit them. Public transports will become smaller scale, less like a bus and more like an Uber.

Biotechnology is another area of serious interest to futurists right now. Quick, cheap gene editing has only recently come into being, so we now have the ability to easily engineer the genome of any organism, including humans. This could lead to designer babies and ultra-lethal pathogens, but could also yield incredible benefits, like cures for cancer or 150-year-long human lifespans.

Perhaps the strongest focus of modern futurists is artificial intelligence, or AI. Numerous projects around the world are trying to create a computer that can think as well as a human, and most experts in the field think such an invention is not only possible, but that it will almost definitely be created by mid-century. Imagine a machine that can do all of our thinking for us—an invention that will do to intellectual labor what the automobile did to walking. It will fundamentally transform the world… if it doesn’t kill us all. And don’t even get me started on drones.

Futurism deals not just with technological change, but also with social change (though often not as much as it should). For instance, most futurists predict that at some point in the medium-term future, a single worldwide government is inevitable. They see that the share of the world’s population living under superpower governments has been increasing on a hyperbolic curve over the course of millennia. Humans seem to prefer a highly organized/centralized society over a disorganized/decentralized society due to the benefits we get from increased organization.

(Interesting side note: The apparent inevitability of a one world government will certainly upset a lot of people, and they’ll certainly try to form groups to stop such a thing from happening. But by the nature of inevitability, any group that successfully polices such a thing will itself become the one world government, negating its own purpose. Or so prophesy the futurists. So instead of focusing on stopping a world government from happening, we should do everything we can to make sure that it’s a robust democracy!)

Given the long time frames involved in futurism, futurists are also very concerned with sustainability, and not just in the environmental sense of the word. Any decision that doesn’t reduce future options is considered sustainable by futurists.

I could go on and on about futurist extrapolations. In every field that exists, futurists have imagined possible and probable futures for it. The Futurism Facebook page is a good source for keeping up with current developments in futurism, and if you really want to dive into futurism, futuretimeline.net has created an extremely detailed timeline of our probable future, from now until the heat death of the universe, with sources cited. It’s a treasure trove for writers with stories set in the future.

I hope you’ll check it out and get as excited about the future as I am, because the future isn’t a passive thing. It’s not just something that happens to us, shaped by other people.

We own the future.

Together, we’re constantly creating it all the time. As Doc Brown said: It just so happens that I wrote a book set twenty years in the future: a murder mystery called Dead Links. Give it a read to experience my own vision of things yet to come… and a warning of how important it is for us to keep our ethical progress up to date with our technological progress.

No comments yet Categories: Uncategorized
« Should Politics Be Science?
A Special Thank-You for a Special Guy »