La La Land Made Me Angry 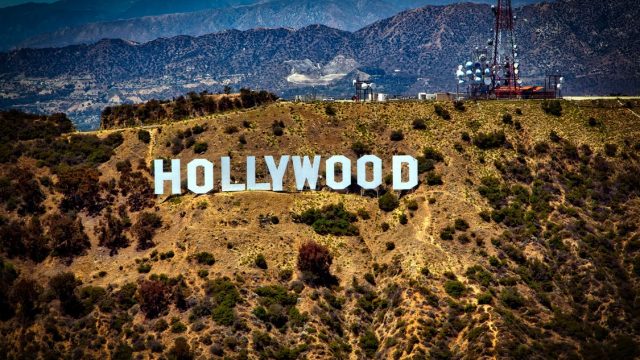 Well, I finally saw the film La La Land and I have some opinions on it.

It’s a good movie. Actually it’s a great movie, and you should see it. It’s romantic, and sizzling with enthusiasm for life and for art, and directed with incredible class and style. In fact I’m super jealous of Damien Chazelle, who directed it, because he’s around my age and is way more talented than I am. How’d you get such mad directing skills, dude?! (Oh, you studied filmmaking at Harvard? I guess that explains that.)

As someone who’s always wanted to make a feature length musical film (still a bucket list item for me!), I got lost in the musical numbers, the choreography, and just how damn well the whole thing is put together. And La La Land provoked some strong reactions in me, as I think it will in any young artist, or young-at-heart artist. It made me feel that raw hunger for art that I felt in my early twenties, that feeling that no matter what I was working on, it was important, and necessary. It made me feel the calling that all artists feel in a fresh and new way.

That drive, that hunger—it never left me. It’s just as strong as it ever was, but it’s become less raw and more focused as I’ve gotten a little older. My artistic hunger has become so focused, actually, that it drove a wedge between myself and La La Land, a film whose existence is dedicated to celebrating that hunger. As much as I love the film, I have some major philosophical disagreements with it.

La La Land views art as the ultimate, self-contained goal. To create art is the purpose of the main characters’ lives, and chasing that dream is the central subject of the film. I found this problematic, because in my late teens and early twenties, I viewed art the same way. To create art—any art—was an end in itself, and I spent years chasing that end because gosh darn it, I just loved art so much. I think this is the framework through which most young artists view the art they create, and there’s nothing wrong with that framework… as long as we grow up out of it. Too many of us do not.

It is an empty framework, and it always seems to focus more on the person using it than on the art that they’re making. When the primary purpose of your art is that you’re making it, I’m sorry, but your art has no purpose. It’s masturbatory. It’s selfish.

What La La Land misses is that art is not an end; art is a means to an end. Art isn’t something that you strive to achieve; art is a tool that you use to achieve something else. La La Land’s implication that “making it in the biz” is the ultimate substance of a meaningful life lends credence to every entitled Millennial cliché in the books. It fetishizes living the life of an artist—parties, Paris, young love!—over actually making good and worthwhile art. And this type of fetishization is a very real problem with the artistic world. It always has been. It’s been my experience that a ton of people who work in the arts, or aspire to work in the arts, have pure motivations and genuine love for the world of art, and yet have surprisingly little interest in the spade-and-trowel work of actually refining their skill in their craft and then using it to do something. Art should be active. But to La La Land, and to too many real-life artists, art is passive. The idea of the art is seen as more valuable than the actual art. Actual art takes a back seat, and what’s “really” important is how excited people feel to be making it.

Yes, La La Land shows the struggle, shows the relationship stress, shows that art and the pursuit of art aren’t all sunshine and rainbows. I have no objection to how the film portrays the life of young artists. It’s very accurate. Too accurate. What I have a problem with is the film’s idea of what art should be. The glitz and the glamour, the persevering until you can finally live your dream… If you think this is what art is all about, I encourage you to read the news, take a walk through a ghetto, or travel to a third-world country. There are innumerable problems of extreme urgency facing the world today. Let’s use art to solve those problems instead of using art to glorify itself, or its creators.

End of rant. If you’re interested in this topic, you may also be interested in a film I’m making that deals with these themes, which is in the middle of an extended post-production phase. Also stay tuned for a sci-fi thriller novel that dives deeper into the ethics of art, which I’ll be releasing toward the end of the summer.